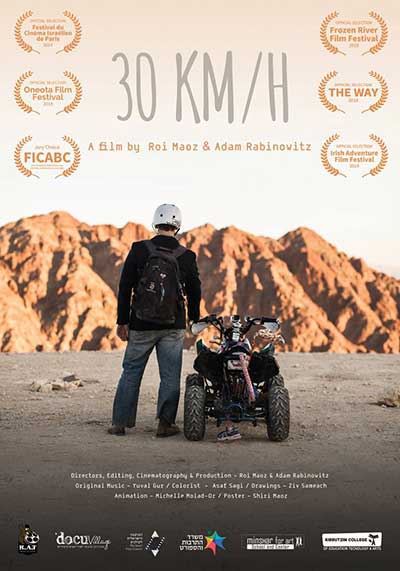 After reading a note that he wrote 10 years prior, 29 year old Tzafrir realizes that he didn’t fulfill any of the dreams he had for himself when he was young. Just before his 30th birthday, he decides to fulfil a childhood dream and drive through Israel on an electric toy car. With the hope of understanding what he wants to do with his life, he goes on the journey across the country and meets people that give their perspective on what it means to grow up. Jury Choice – FICABC 2018. Official Selections 2019: Frozen River Film Festival, Oneota Film Festival, Festival du Cinéma Israélien de Paris, Irish Adventure Film Festival. Official Selection 2018: The Way, Apulia Web Fest, Finisterra Arrbida Film Art Tourism Festival, International Nature Film Festival Gödöllő, Rome Film Awards.